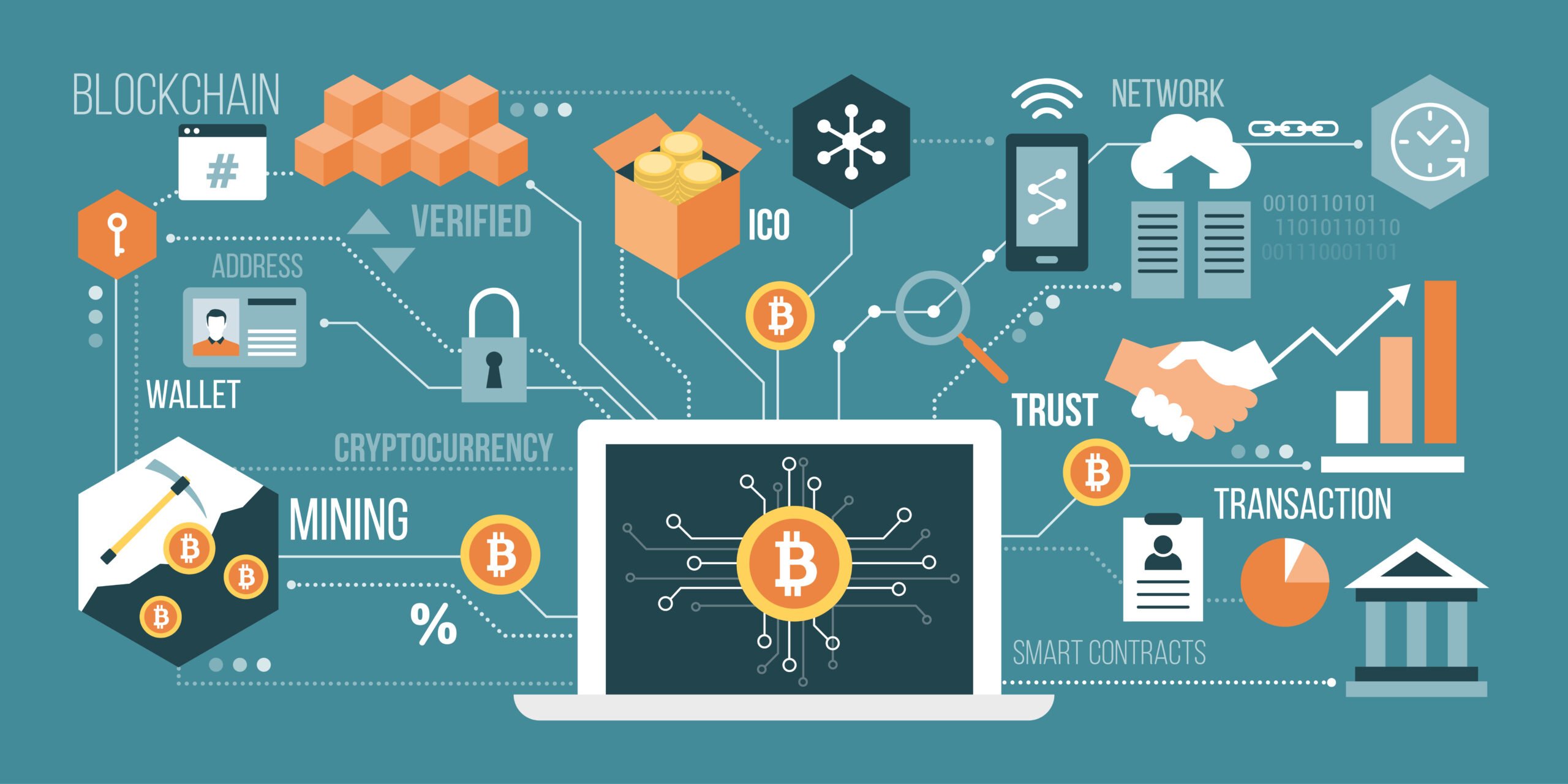 Halfway through 2021, most people have come to an introductory awareness of cryptocurrencies, or, “crypto”, through one context or another. Whether it be Bitcoin and Elon, NFTs, China’s crackdown, ‘DeFi’ speculation, or any of the canine-themed projects, there’s usually some phenomena in crypto being celebrated or decried.

As an introduction for the MM readership who would like a bit of context beyond the headlines – but not too much more than that – please continue reading to see an outlining of what a cryptocurrency is and some insight into what’s going on in crypto.

Owning a chunk of the software may be desirable as one may use that chunk to extract some of the software’s usefulness for themselves. If desirable enough, the chunk can be sold to a willing purchaser. If the purchaser offers to buy it in exchange for ownership of some other software, this is the popular COVID-era activity of cryptocurrency trading. Of course, one may also be willing to sell for dollars. This service is provided by Coinbase, Binance, and other large companies that facilitate the buying and selling of crypto for fiat currencies.

The architecture of this new type of software began with the creation of Bitcoin. Specifically, Bitcoin’s blockchain-based design was the innovation. Now, as blockchain-based computer programs evolve, becoming more capable and useful, their ownership becomes more desirable.

Cryptocurrencies can be thought of as units of access to a useful internet-based infrastructure. These units can be bought and sold. Some of the computer programs being built are perceived by many to have extreme potential use in the future, hence the speculative valuations we see for their units of access. The total cryptocurrency market cap has touched USD $2 trillion this year.

Big name software projects like Bitcoin, Ethereum, and Chainlink have their own cryptocurrencies (bitcoin, ether, and LINK, respectively) that receive immense speculation by investors. The speculation is exuberant and the valuations are bloated, highly susceptible to public emotion. But, the valuations do represent the general opinion of investors towards cryptocurrency: it’s around to stay, so had best get involved early. After all, software isn’t becoming less essential to our economies.

Below is an overview of Bitcoin, the first cryptocurrency built using blockchain technology. Bitcoin is the undisputable champ of crypto, and a cursory understanding of Bitcoin goes a long way to understanding cryptocurrencies, generally. There’s a lot more going on in crypto than Bitcoin right now, but Bitcoin is a great start.

Computer scientists have been experimenting with internet-based currencies since the 1990s, but the success of Bitcoin marks the transition into the era of blockchain-based cryptocurrencies.

The idea of Bitcoin was posted online as a whitepaper – an instruction manual of sorts – by Satoshi Nakamoto in 2008. It was posted in the wake of the 2007-08 financial crisis, and many consider Bitcoin to be the serendipitous solution to the underlying systemic cause of that event. It is important to know that Satoshi Nakamoto is a pseudonym used by the creator, or creators, of the Bitcoin whitepaper. Nakamoto’s identity remains unknown, adding a valuable degree of mysticism to Bitcoin. Some, like Twitter CEO Jack Dorsey, observe that the persistence of Nakamoto’s pseudonymity is one of Bitcoin’s most powerful attributes.

Nakamoto posted the whitepaper to cryptography-focused online forums where intrigued readers followed the instructions of the whitepaper. Readers coordinated with Nakamoto through the forums to become the first supporters of the Bitcoin system. “System”, or “network”, are useful terms for the Bitcoin software.

Bitcoin is software – it’s a database, in-fact. While Bitcoin (capital “B”) is actually the whole program infrastructure, it is the bitcoin cryptocurrency (little “b”) that attracts our attention due to the US dollars it can be exchanged for.

There is a dollar price – value – for bitcoin because it is finite. As discussed below, there is a set supply. The Bitcoin database only allows for the creation of a certain amount of bitcoin currency. When people-driven demand exceeds the virtual supply, the real-world value of bitcoin goes up.

Why is there demand for bitcoin? Because Bitcoin, the database infrastructure of which bitcoin is a component, is considered by many to be useful.

The Bitcoin database records the allocation of the bitcoin currency – the function is no more and no less than this.

Why is this useful? After all, there are many databases in the world that keeps track of things. A bank maintains a database that keeps track of cash, the land titles office for real estate, the broker for stocks and bonds. Further, these databases are often much more capable than bitcoin’s, which is comparatively limited in function.

The Bitcoin database was unique in its utility. It was the only database that: (i) keeps track of an allocation of a publicly accessible asset (the bitcoin currency), (ii) is not controlled by a government, company, or entity and (iii) is effectively tamper-proof from bad actors. Past tense is used because other cryptocurrencies, utilizing Bitcoin’s blockchain architecture, now also have these characteristics. Bitcoin remains supreme, though, due to first-mover network effect and the attributes of its energy-consuming consensus mechanism. The latter is beyond the scope of this article.

The characteristics of (i) accessibility, (ii) independence, and (iii) resiliency make the bitcoin databases’ recording of a person’s bitcoin holdings an irrefutable proof of that person’s possession of (some) value.

There is resiliency as there is only one Bitcoin database, but hundreds of thousands of independent computers supporting this single database. The many owners of these computers choose to support Bitcoin not out of charity, rather, it is profitable for them to do so. This profit derives from two sources: the Bitcoin software’s creation of new bitcoin, and the transaction fees paid by people engaging in bitcoin transactions with each other. The transaction fees paid to the supporting computers are much like the fees paid to Visa by businesses that allow credit card transactions.

The matter of bitcoin creation, though, is unique.

Only 21,000,000 bitcoin will ever be made, or “mined”. The many profit-seeking computers supporting the Bitcoin network are the “miners”. The Bitcoin program continues to create new bitcoin as it continues to record transactions, distributing this new bitcoin to the miners that support the network. Importantly, this central bank-like aspect of the program has a hard cap of 21 million bitcoin. This cap was coded into the Bitcoin program by Nakomoto at inception.

The majority of bitcoin has already been mined – almost 19 of the 21 million. The remaining 2 million will be slowly mined over the next ~120 years. Clearly, there is a diminishing supply rate. After the 21 million cap has been reached, the miners will be compensated with transaction fees, only.

Bitcoin, in this respect, and in light of the current market demand, is exceedingly finite. This finiteness is a core component of bitcoin’s value proposition as a store of value and investment product.

And so, Bitcoin is seen as a database that tracks a store of value. A finite, mobile, internet-native store of value. The value of bitcoin will increase in-step with people’s belief this ledger will continue to provide this utility of reliability and accuracy.

Cryptocurrencies, but not Bitcoin?

“Crypto” is a field of competing software development teams, the success of these teams reflected in the prices of the cryptocurrencies they release. It is volatile, free-market, and exceedingly interesting.

If well received, the MM team and I will look to follow up this piece with a deeper dive into these software projects – thank you for reading.

Frank Hepworth, JD, is an Associate at BLG LLP in Calgary, Alberta. Frank works within BLG LLP’s Digital Assets group, helping crypto asset trading platforms with their regulatory obligations. If anyone is wanting to discuss this article with Frank, they are welcome to reach out to him on LinkedIn or on Twitter.

Buybacks are a tool for returning value to shareholders. When companies post a profit at the end of the year, they have some options for what to do with the cash...

What is Cold Storage for Crypto?

When storing and controlling cryptocurrency in your personal capacity, security of the storage mechanism becomes a consideration. The liberty afforded by peer-to-peer networks comes with responsibility and risks...