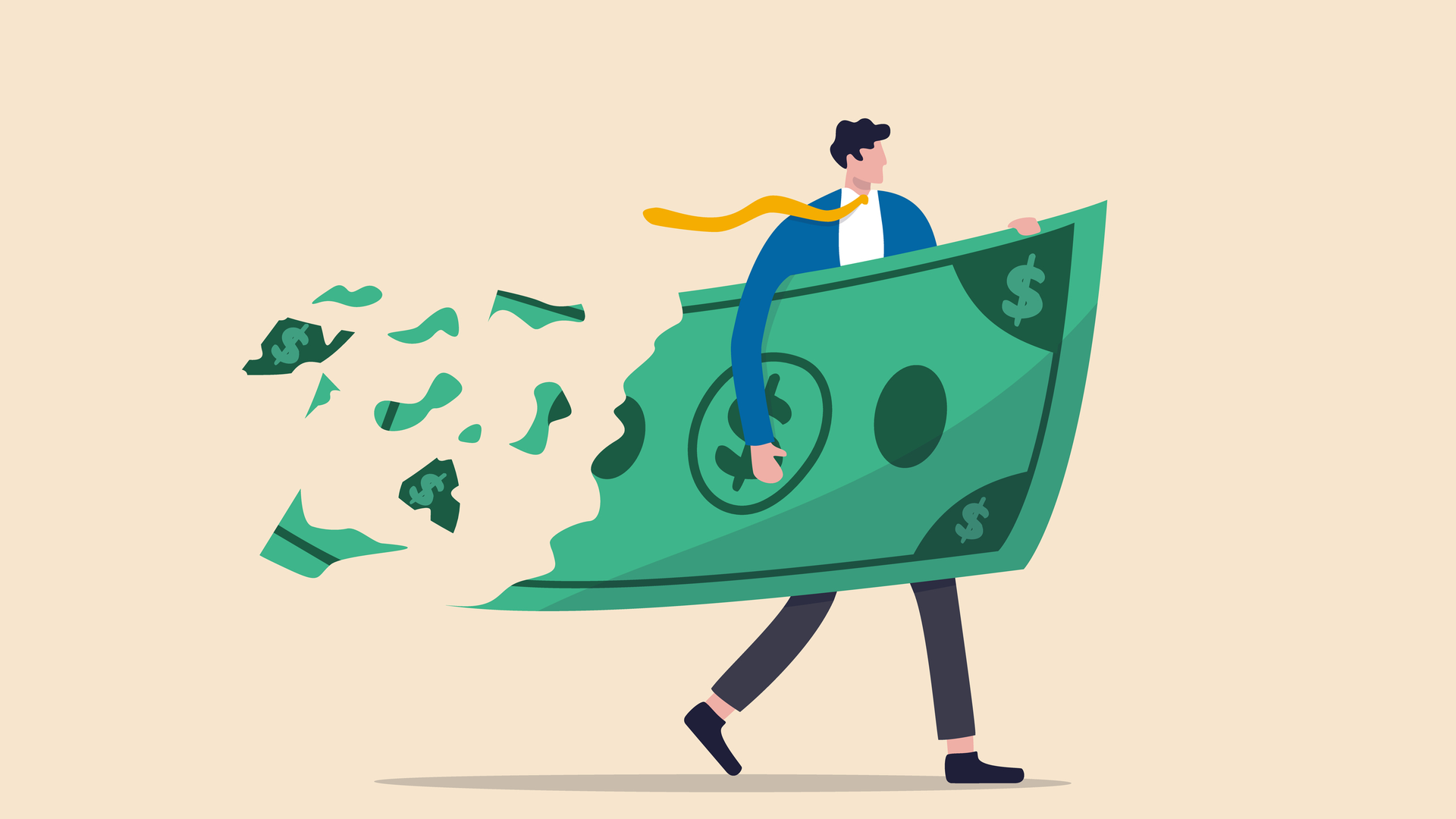 Is it Time to Worry About Inflation?

Germany’s economy was in shambles when World War I drew to a close in 1918. Germany mobilized around 11 million troops over the course of the conflict, and keeping these soldiers fed, clothed, and equipped was not cheap. The government funded the war effort with huge budget deficits in anticipation of a quick victory. The war wasn’t viewed as an expense, but as an investment as all debts would be covered by the countries Germany conquered. Instead, the war dragged on for four years and Germany found itself economically crippled and unable to fight on. On top of the deficits it incurred during the war, Germany was also obligated by the Treaty of Versailles to finance the rebuilding effort in Europe and pay reparations to the countries it invaded. Here is where Germany’s inflation troubles began.

What followed was a sequence of events that did more damage to the German nation than the war itself. Germany’s reparations were to be paid both in money and in kind (they had to give back what was destroyed by the war). Economic output had fallen off a cliff, but Germany was sending massive amounts of cash, gold, and commodities to the Allied powers. Left without options, the central bank printed German marks to meet its cash obligations. With fewer goods available for local consumers, prices in Germany naturally rose. All the additional marks flooding the market put further upward pressure on prices. Wealthier Germans with access to foreign exchange markets were converting their marks into any foreign currencies they could get their hands on. The outcome was runaway inflation: by 1921, beef cost 17 times more than it did in 1913. Butter cost 33 times more. With the currency losing value so rapidly, the German central bank resorted to printing 50 trillion mark notes by 1923.

What Exactly is It?

Inflation is a general upward trend in the price level over time, meaning the same amount of currency buys you less stuff than it used to. Note that the definition of inflation never states that inflation is caused by central banks printing too much money. Rising prices just as easily come about from increased demand or reduced supply, as we’re currently seeing with the cost of housing materials.

A small amount of inflation is healthy, largely because the effects of deflation can be so devastating for an economy. Deflation means that the price level is declining over time. Think of the impact this would have on your spending habits in the real world. If there is something that I want to buy, but I don’t need it imminently, I often wait to see if it’s going to go on sale. Now imagine that you’re walking through Walmart and everything costs a bit less than it did a month ago. You return one month later, and everything is even less expensive. The rational shopper will of course put off making purchases for as long as possible in order to take advantage of lower prices. The collective effect of consumers delaying making purchases is devastating for the economy.

To the government, or anyone with large sums of debt, inflation is a good thing. This is because debt is denoted in nominal terms: if I have a debt of $100 due in five years, rising inflation would decrease the real value of what I owe because $100 won’t buy as much in five years as it does today. This is another reason why the government strives to avoid deflation, as it increases the real value of debt over time (and Canadian federal debt currently stands at over $1 trillion). Central banks are clearly incentivized to avoid the deflationary trap at all costs.

What are the Negative Effects of Inflation?

Just like inflation is a positive for those with debt, it is a negative for savers. It gradually erodes the value of bank account balances by reducing purchasing power, and it similarly impacts investments with fixed terms of payment (like bonds). Higher inflation rates in the present will raise expectations for inflation rates in the future. If consumers think their money will be worth significantly less in the future, they are incentivized to spend everything now rather than save and invest. Debt is implicitly encouraged while saving behaviour is punished. The long-term ramifications for a population with inadequate savings can put significant strain on public resources.

Above all else, inflation causes people to lose faith in the central government. Paper currency is only useful so long as it’s accepted as a medium of exchange; high inflation destroys this illusion of value. It’s the reason why Zimbabweans have resorted to transacting in US dollars. It also partially explains the rise in cryptocurrencies, where finite supplies and decentralized control prevent excessive money creation (El Salvador recently became the first country to adopt bitcoin as legal tender).

Hyperinflation will bring any country to its knees, and the economic and political fallout can be disastrous.

The Case for Inflation Today

Headline inflation numbers for April were pretty shocking. In the US, inflation for the month was 4.2% year-over year, the highest it had been at any time since September 2008. Many believe this is a natural outcome of the policy response that was seen following the outbreak of Covid-19. In Canada, the US, and throughout the developed world, governments spent billions on support payments for those impacted by the pandemic. While the money was intended to be used to meet living expenses, we have seen personal savings rates skyrocket. The long-run Canadian average savings rate is about 2% (meaning 2 cents out of every dollar earned was saved). In the second quarter of 2020, when the pandemic began, the savings rate jumped to 30%. It came down to 13% in the first quarter of 2021, but this still sits well above historical averages. We are already seeing inflation rates higher than anything witnessed in more than a decade, and savings rates remain sky high. What will happen to inflation when the economy fully reopens, and all that pent up demand is finally unleashed?

Today, certain areas of the economy are seeing labour shortages given increased support payments that remain in effect. Many employers are raising salaries in order to lure people back to work, and sustained wage increases are the driving force of higher inflation long-term. If a business has pricing power and it is spending more on employee salaries, it will likely flow through at least some of that cost to customers, thus driving up prices. On top of this, employees will have more money available to spend, increasing demand for products and services and theoretically driving prices up to a higher equilibrium point.

The Case Against Inflation

The greatest deflationary force is technological progress. While rising wages contribute to inflation, higher productivity from better technology helps keep prices low. If a company is able to produce widgets with 50% less energy, then it can afford to pay its staff a bit more without having to increase prices for consumers. Some argue that this is what we’re seeing today: companies like Amazon and Walmart are raising wages for their staff, but growing efficiencies in areas like supply chain management are allowing them to keep their profit margins intact without raising prices.

It is important to remember the baseline figures being used to calculate our current inflation rates. Inflation is measured on a year-over-year basis, meaning that inflation in April 2021 is determined by comparing prices in April of 2021 to prices in April 2020. Last April was the beginning of the pandemic; most businesses were closed, energy prices fell off a cliff, and individuals hoarded cash given economic uncertainty. The result was a lower baseline level for prices in April 2020. Even if prices in April of 2021 were only moderately higher than pre-pandemic levels, they are significantly higher than they were a year prior which led to the scary inflation numbers. The stance of many central bankers is that the inflation we are currently seeing is “transitory” and shouldn’t be a cause of concern.

What Should I do About it?

The question that remains is whether the inflation that we are seeing today is transitory or if we will see persistently rising price levels. When dealing with uncertainty, the best path forward is hedging your bets. This involves taking bold positions in assets with track records as inflation hedges: commodities, real estate (either through direct ownership or through investment products like REITs), and precious metals like gold. Cryptocurrencies are often viewed as inflation hedges because of finite supply. However, the track record for crypto is too short, and performance is far too volatile, to prove this out empirically.

Regardless of the inflation picture, bonds continue to serve a role in portfolios as a shock absorber for pullbacks in the stock market. However, a traditional weighting of 40% in 10-year treasuries leaves investors with little upside while still exposing them to downside risks should interest rates rise. Fixed-income holdings should be diversified across durations, geographies, and credit quality. Equity holdings similarly benefit from diversity. The inflation picture will not play out the same across all countries and currencies; Canada and the States are already diverging in their central bank response, which is one of the reasons for the recent rise in the Canadian dollar.

Inflation is one of the greatest macroeconomic risks facing any investor, and it should be accounted for in constructing an investment portfolio. If your advisor doesn’t take the necessary steps to make your portfolio more resilient to the effects of inflation, find one who will. Hoping for the best is not a sustainable strategy.

Equifax and TransUnion: What They Are & Why They Matter

Equifax and TransUnion are the two major players in the Canadian credit score industry (they are often referred to as the credit bureaus). Both of these companies build/develop, maintain and process information relating to the credit profiles and scores (more on the fundamentals of credit scores...

Focus on the Big Things