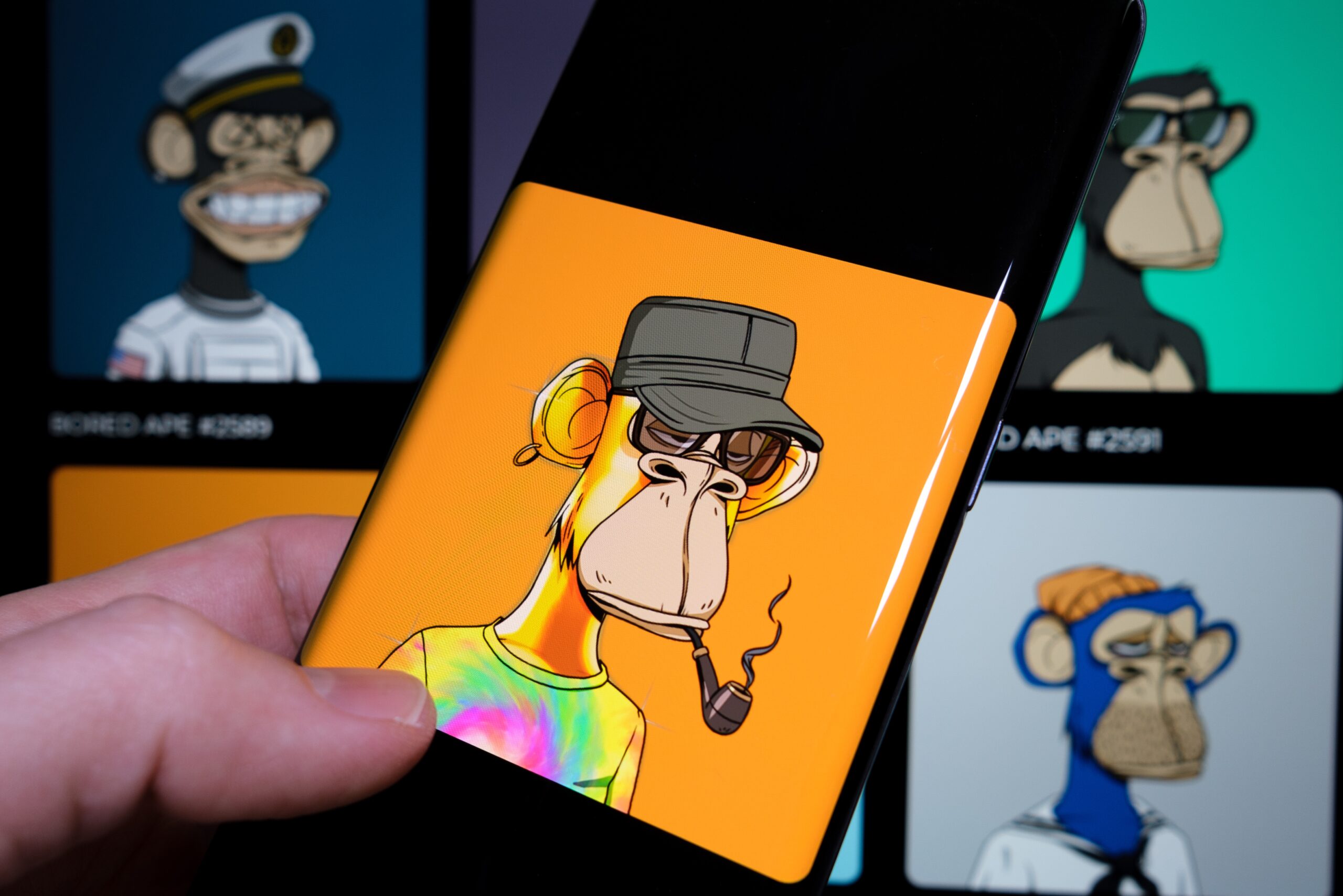 What are NFTs and Why do People Buy NFTs?

Summary: Wrapping Your Head Around NFTs

By now, you’ve likely heard about non-fungible tokens (NFTs). Just how mainstream they have become is surprising given their level of conceptual complexity. Even the name is complex. The word “fungible” sounds like something I heard in my grade 12 biology class. I’m not alone in my confusion; just look at the Google Analytics chart for searches of fungible:

To understand NFTs, it helps to first understand fungibility. For those that don’t have Google access, “fungible” just means that something can be replaced by another identical item. Currency is a good example: there is no difference in value between standard issue Canadian $5 bills, so any bill can be exchanged for any other. Fungibility is actually one of the conditions that an item must meet in order to function as a currency. If I lend you a $5 bill, I don’t need to be repaid with the exact same $5 bill. Conversely, “non-fungible” means the opposite. If something is non-fungible, it is unique and non-substitutable. If I lend you my car, I expect to get my car back in return, not just any car. Although I would accept a G-Wagon in exchange for my Corolla.

The idea of “owning” something that only exists in digital form never really made sense. After all, everything that exists digitally is nothing more than code. The physical world is made of atoms, and the Law of Conservation of Mass says that matter cannot be created or destroyed. This isn’t true in the digital world, which is made up of bits and bytes. There is no value in ownership if anyone can duplicate your asset just by copying your code.

This all changed with the institution of blockchain technology. As I’ve written previously, blockchain is, at its core, a fancy online version of an accountant’s ledger. Once transactions have been recorded in the blockchain, they cannot be altered after the fact. Thanks to blockchain, for the first time in human history we have a definitive means of proving ownership of digital goods. Someone may take a screenshot of your cartoon monkey NFT, but the blockchain still proves your ultimate ownership rights.

This has implications beyond just owning digital art. Ownership rights that are currently codified in physical form, like deeds to houses, can instead be minted1 as NFTs. When you sell your home, the deed can be transferred at close of sale via the blockchain. This could have significant ramifications for the title insurance industry. In effect, an NFT can be minted to digitally record your ownership of any physical good, theoretically improving ownership rights for physical assets as well as digital ones. The old adage says that possession is 9/10 of the law. Not so in a world where NFTs can be used to prove ownership.

Why do people want NFTs?

To this point, NFTs haven’t really been used to prove ownership in a way that generates utility. They mostly exist in the form of art projects or cartoon apes. I’ve racked my brain and come up with a few reasons why people are willing to pay thousands of dollars for an asset that only exists in digital form.

1. The mindset of a collector

When I was a kid, I lived and breathed Pokémon. I’d constantly steal the batteries out of the TV remote for my Game Boy. One time I forgot my Blastoise t-shirt in a hotel room while we are on vacation and I thought my life was effectively over.

My addiction was most pronounced when it came to Pokémon cards. If eight-year-old Max found himself alone on the street with nothing but a $5 bill in his pocket, he would have used that $5 to buy a pack of Pokémon cards. The day I pulled a Kabutops from a pack of cards to complete my set of the original 150 Pokémon was the crowning achievement of the first decade of my life.

The monetary value of the cards meant nothing to me (it probably meant something to my parents, who were my benefactors at the time). I didn’t play with the cards. I just liked having them, looking at them, and calling them mine. Ownership was a source of pride. This is what it means to be a collector. Some people possess a gene that drives them to hoard things that have no utility. It’s what motivated me to ask for Pokémon cards for every birthday and Christmas, and it’s one of the reasons why a digital image of a cartoon alien can sell for hundreds of dollars.

The rise in cryptocurrency as an asset class has created a lot of new millionaires in recent years. Just look at the growth in the total market cap of cryptocurrencies:

The total market cap of crypto exceeded $3 trillion at its peak in November of 2021. That’s 1,500% growth in four years. Many early adopters to crypto saw their wealth grow exponentially. Most of these individuals are digitally savvy and comfortable with transacting in the online space. Once they’ve cashed out enough Ether to buy a Tesla Model S and 100 acres of land on the outskirts of Austin, Texas, they need something to spend money on to highlight their digital wealth. Too much money is a problem that most of us would like to have.

Conspicuous consumption is the human tendency to spend money on things as a means of showing off. What could be more conspicuous than a $500,000 Bored Ape NFT purchased on OpenSea for all the world to see?

It’s worth noting that pseudo social clubs have evolved around certain classes of NFT ownership. The Bored Ape Yacht Club, for example, grants owners of the 10,000 Bored Ape NFTs access to an online social club. Music producer Timbaland has stated that he will use his entertainment company to amplify artists who are Bored Ape owners.

One idea of what causes stock market bubbles is the Greater Fool Theory. It states that you can make money from buying something that is overvalued by waiting for someone (a Greater Fool) to come around and buy it from you at an even more inflated price. Speculation of this kind likely fuelled the run-up in prices of NBA Top Shot NFTs, the first time NFT ownership went mainstream. Seeing GIFs of basketball players rise in price by 500% or more in the span of a few days lured speculators intent on making a quick buck into the NFT space. The only issue with bubbles is their tendency to pop, leaving you as the Greater Fool.

4. Fear of missing out

This last one may be a bit of a stretch. Are people really paying hundreds, even thousands, for an asset class that they don’t understand that carries no apparent utility?

I’m still convinced that this is one of the factors driving the wild behaviour around NFTs. Human beings are pack animals; there are numerous documented instances of collective hysteria throughout history. Sometimes it’s easier to just go with the crowd rather than admit you don’t understand the hype.

The good news is that you don’t need to force yourself to believe that NFTs have value. It’s a little bit like music: some people love country (myself included), others hate it with a passion. If you aren’t in the category of people who see value in NFTs, then don’t buy them. If your goal is capital appreciation, then you shouldn’t purchase an asset you don’t understand. And if you’re just looking for something to collect, then save yourself some money and buy stamps.

1 Minted is the term used for making new NFTs. It’s adopted from the term minting coins in currency production.

Pokémon cards are back! For those that are familiar with the card collectible craze of the early 90s and 2000s, it has never been a better time to resurface those cards...

Since the early 2000s we have seen a substantial uptick in both popularity and value of sports cards. Today, the hobby is thriving and the demand for sports cards is increasing exponentially...