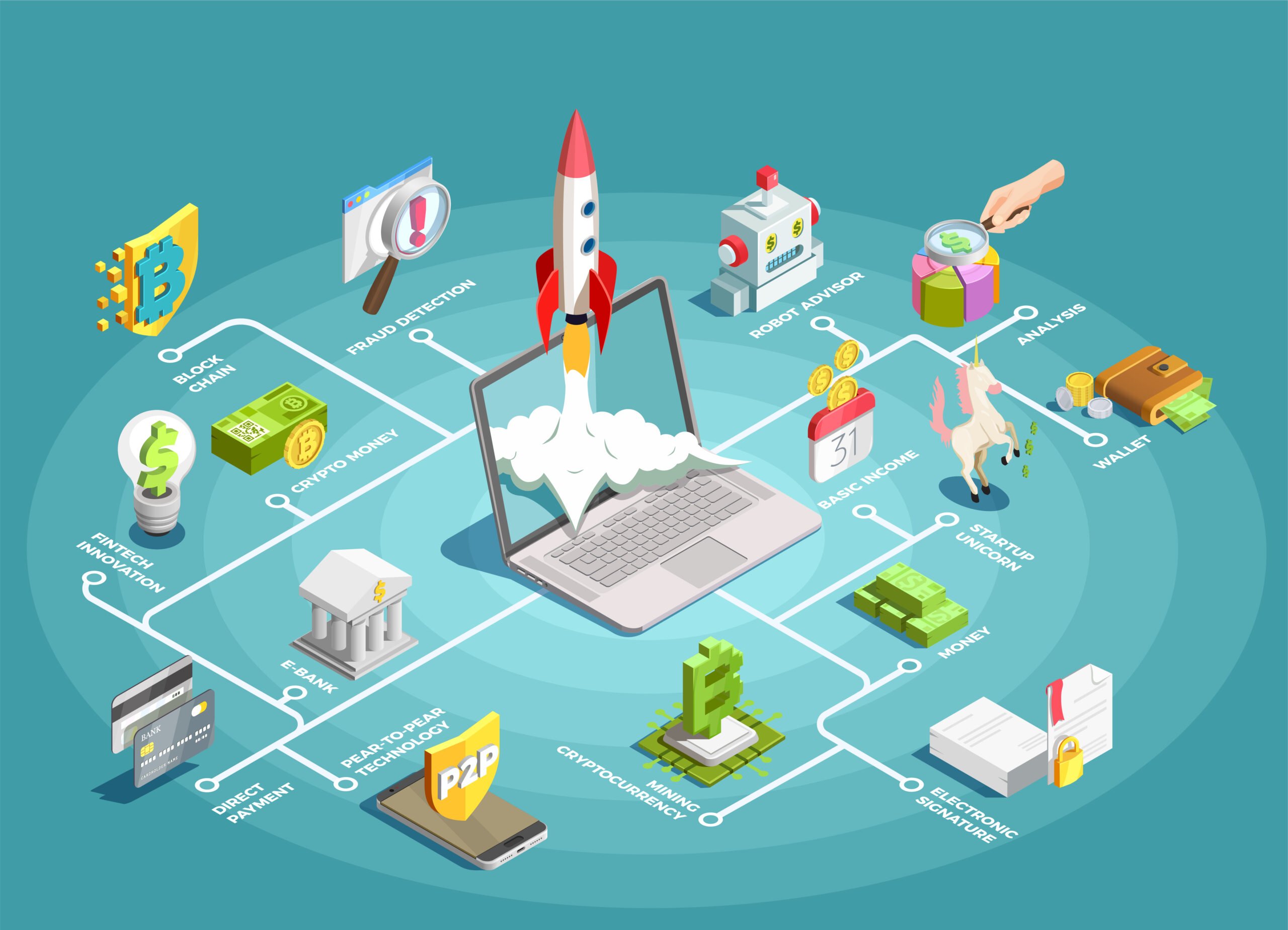 What is the Blockchain? A Non-Technical Perspective

“I believe in blockchain technology, but I’m not a fan of Bitcoin.”

I heard this a lot when Bitcoin made its first run up above $20,000 USD in 2018 (I was guilty of saying it myself). In some ways this is an ego defence mechanism as belittling an asset is easier than admitting that you don’t fully understand its use case. Even JP Morgan CEO, Jamie Dimon, lauded as the greatest banker of his generation and one of the world’s most powerful executives, referred to Bitcoin as “a fraud” in 2017 (in a twist of fate, the wealth management division of JP Morgan now accepts orders to buy and sell multiple cryptocurrencies, chief among them Bitcoin).

I don’t own any cryptocurrencies now and I never have in the past, but that is not because of a lack of faith, but rather a lack of understanding. As a guiding principle, I refuse to invest in an asset class that I do not understand. The fact that cryptocurrencies were increasing in price was not reason enough to justify allocating dollars toward them. That being said, crypto has come to represent such a large portion of broader financial discourse that I decided I couldn’t justify being ignorant on the subject any longer. While I’m still far from an expert, I used the summer months to learn as much as I could about the blockchain technology that underlies cryptocurrencies. Here are a few non-technical observations I’ve made on the subject.

1. At its core, blockchain is about giving integrity to software systems.

Integrity is a word that I’ve encountered often but I’d probably struggle to define. In this context, a system is said to have integrity if it is safe, complete, consistent, correct, and free of corruption and errors. Though blockchain technology is an example of incredible human ingenuity, the goal behind its invention was nothing more than giving software systems integrity so that users would be more likely to trust and make use of them.

The software systems that we are discussing are distributed, rather than centralized. Centralized systems are controlled by one entity (usually a company) and therefore have a single point of failure. Think about when Facebook “goes down”, for example, or more onerous instances such as the ransomeware attack on the largest gas pipeline in the US that led to all of the pipeline’s operations being halted for multiple days. Distributed systems aim to avoid the issues of concentrated power and a single point of failure by spreading control among all of the individuals who make use of the system.

Distributed software existed before the inception of blockchain; Napster, for example, was a distributed peer-to-peer system that could be used by individuals to download music directly from one another’s computers. The issue behind earlier iterations of distributed systems is that they lacked the integrity that is provided by the blockchain. With Napster, you couldn’t be certain that your counterparty was trustworthy. By layering in blockchain technology, trust ceases to be an issue as transaction records become transparent and immutable and this theoretically opens up considerable opportunity for new distributed systems.

Midway through Avengers: Age of Ultron (in my opinion one of the weakest entries in the Marvel Cinematic Universe), Ultron gets a hold of Captain America’s vibranium shield. Unimpressed, he mutters, “The most versatile substance on earth, and they use it to make a Frisbee.” This is roughly how I feel regarding blockchain technology being used primarily as a means to facilitate cryptocurrency payments or transferring exorbitantly priced non-fungible tokens (NFTs).

Management of ownership of digital goods (which include crypto) is the most discussed application of the blockchain. The blockchain is effectively a record book of all transfers of ownership of a given digital good. It employs cryptography (which requires computers to complete complex algorithms) in order to stop anyone from changing the record book after the fact. I won’t get into the technical nature of cryptography as it relates to the blockchain, but it is functionally impossible to alter the record as the computing power necessary to solve these algorithms is significant. Further, the blocks of the blockchain reference one another, so altering the transaction history in one block would cause inconsistencies in all blocks that preceded it. This is like attempting to invalidate your family tree; if I were to claim to be part of the German aristocracy, I would have to alter the backstories of my parents, and their parents, and their parents, and so on.

Cryptocurrencies such as bitcoin are a by-product, rather than an end goal, of blockchain technology. Individuals referred to as crypto miners are in fact performing a far more valuable task: they are the ones who verify the transactions that are taking place on the blockchain. As mentioned, the verification process requires computers to complete complex algorithms. These algorithms are complicated and significant computing power is needed to solve each one. As computers run on electricity, more power expenditure leads to higher energy bills. Bitcoin exists to incentivize these miners to do the work of verifying the transactions taking place on the blockchain. In order to justify their energy expenditure, they are compensated in the form of bitcoin when they complete these algorithms and verify transactions.

3. Acceptance of the blockchain is high despite understanding being low.

This ties into my earlier point and I believe it speaks more to human insecurity than anything innate to blockchain technology. When I used to claim I had faith in blockchain technology, I did so because I was afraid of coming across as a Luddite. Now that I’ve learned a bit, I’ve come to realize how much there is to know. Higher-level applications of the blockchain, such as its enablement of smart contracts, take time to wrap your head around. In spite of this, I’m constantly hearing people say things like, “This problem would be fixed by the blockchain”, though they likely don’t know how or why.

Blockchain is conceptually complex because even at its most basic level it requires an understanding of peer-to-peer systems and cryptography, along with a sense of why an immutable, append-only ledger solves a problem most people didn’t even know existed. With blockchain as with all things, I have a lot more respect for individuals who acknowledge their own ignorance rather than feigning understanding.

4. There will be a lot more negative press.

For starters, there are risks associated with an unregulated asset class. North Korea, for example, has stolen over $1 billion in cryptocurrencies in order to avoid the sanctions placed on the Kim regime by the US and the UN. The very existence of bitcoin has partially aided in North Korea’s nuclear ambitions.

Beyond the geopolitical risks, cryptocurrencies will also carry the stigma of other highly volatile investments. Fortunes have already been made and lost on crypto; there may yet be more carnage before the true benefits of blockchain become widely recognized. In some ways this is like the early days of the internet, when individual traders piled their money into the likes of Pets.com hoping to make a quick fortune. When these early companies went bust, many viewed the internet itself as a fad. Even Nobel Prize-winning economist, Paul Krugman, predicted that the internet’s impact on the economy would be no greater than that of the fax machine. It was a few years after the dot-com bubble burst when Google emerged and the true scope of the internet was realized. Blockchain may very well follow a similar trajectory.

The course of history is determined by the pace of technological progress. I don’t know the exact role that blockchain will play in shaping the course of history, but I’m confident its impact will be more significant than allowing people to sell pictures of digital gorillas.

Target Date Funds: What You Need to Know if You Own Them

Over the forthcoming years, target date funds (used as a passive investment strategy) will force investors to sell their stocks to purchase bonds with near all-time low interest rates, drastically hampering the portfolio's future performance. As interest rates fell, bond prices have increased, meaning investors will be paying a premium price for bonds purchased while the interest rates designed to fund a retirement income stream will not deliver the same type of income they once did...