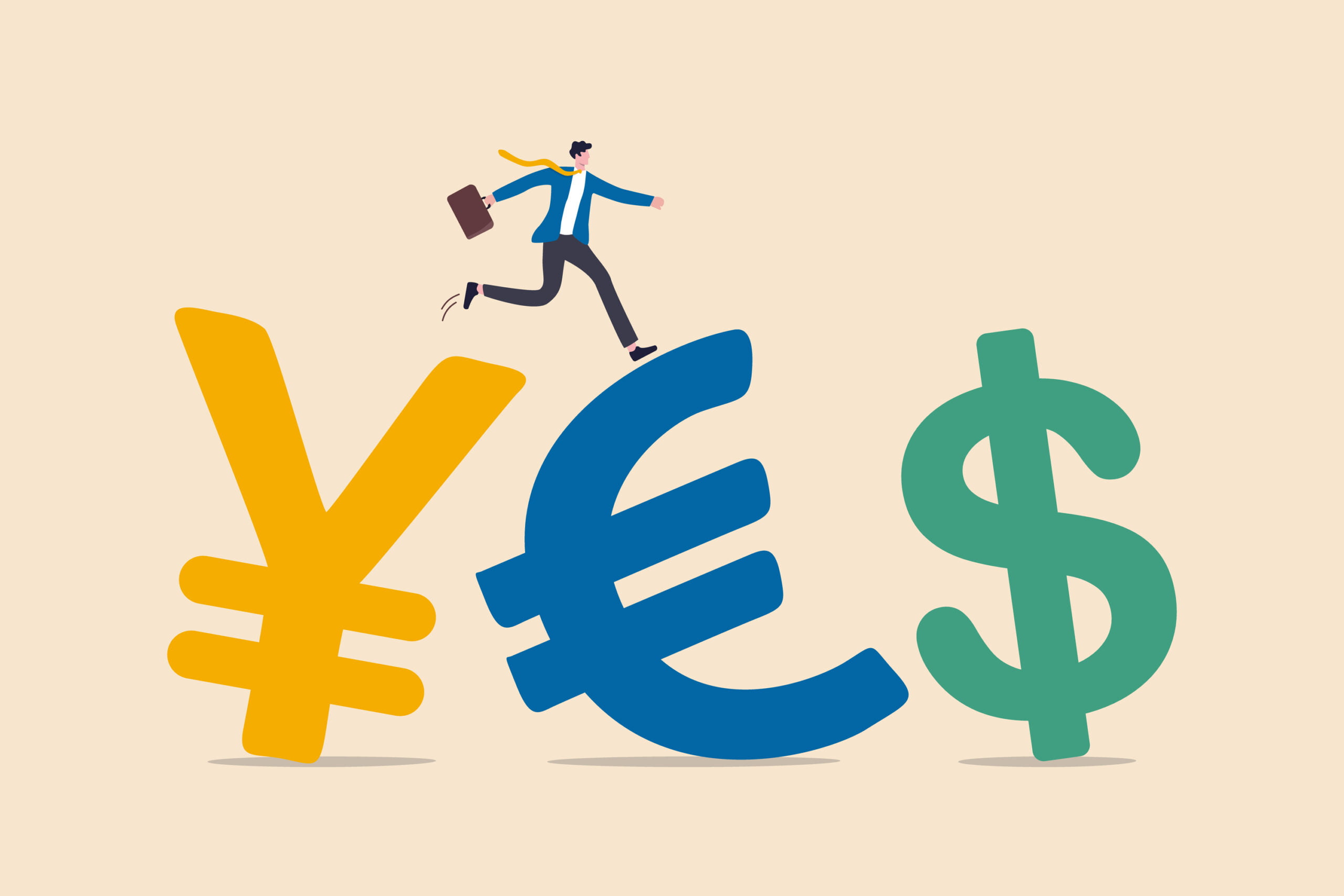 Foreign Exchange Rates – What You Need to Know

The US dollar made headlines last week when it reached parity with the euro for the first time in nearly 20 years. Perhaps it’s a sign of broader American exceptionalism that this was viewed so favourably. After all, the US dollar has “strengthened” relative to the euro (and all other major currencies) in 2022, and strength is generally cast in a positive light. But currency strength differs from economic or military strength. Not all American consumers and producers benefit from an appreciating dollar. Such is the intricacy of foreign exchange rates.

Why has the US dollar appreciated so much?

Interest rate hikes and inflation have dominated the news cycle so far in 2022. Facing interrupted supply chains and inflation running at multi-generational highs, central bankers have been aggressively hiking rates in order to cool demand and ease upside price pressures. Higher interest rates increase the cost of debt financing, but also lead to better yields on savings accounts and bonds. Canada and the United States have been raising rates more aggressively than other developed countries, largely because our economies are on stronger footing currently and our central bankers feel we are better positioned to withstand higher rates. This rate differential between Canada and the States and other countries has increased demand for the US dollar (as US dollars must first be purchased so that they can be used to buy US dollar-denominated investments), which has led the US dollar to appreciate relative to other currencies.

Beyond the rate differential leading to appreciation, the US dollar has also risen from a so-called “flight to safety”. The USD remains the global reserve currency; when concerns arise over the state of the global economy, some individuals, businesses, and governments convert currency to USD for the stability that it offers. Until risk appetite improves, the US dollar should remain elevated relative to usual levels.

What does a stronger US dollar mean?

The impact of a rising dollar is uneven for different market participants. Importers into the United States benefit, as they get better exchange rates when buying goods from abroad, but US-based companies that do a lot of business internationally are hindered financially when they convert their earnings from foreign currency into US dollars. American central bankers are actually relying on a stronger dollar as part of their effort to combat inflation, since a stronger dollar leads to cheaper imports.

The benefits at the individual level are a little more obvious: when your domestic currency appreciates, you are able to get more foreign currency in exchange. While in theory prices should adapt to different exchange rates in a floating rate environment, in practice it takes some time for price changes to occur. US consumers therefore experience greater spending power internationally.

What should investors do about it?

Making money on foreign exchange rates and trading is difficult. Even though the USD and euro hit parity, consumers aren’t able to receive a 1-for-1 exchange when converting their US dollars. Banks and exchange houses will charge a spread for facilitating currency conversions and to protect themselves in the event of exchange rate fluctuations. Credit cards will also convert at an exchange rate that is higher than the market rate when cards are used to buy something priced in another currency (it’s worth checking the rates that your credit card charges on currency conversion). To make money on foreign exchange, you have to not only be correct on rate movements, but correct to the point that you make up for the spread that you will be charged when you convert to a foreign currency plus the spread charged when you convert back to domestic currency.

Foreign exchange rates movements seem obvious in hindsight, just as stock market movements do. In practice, there are numerous factors that impact foreign exchange rates: domestic policy, commodity prices, and risk sentiment to name a few. Plus, these relationships don’t always hold up as anticipated. Historically, the Canadian dollar benefited massively from rising oil prices; much of our oil is expensive to extract and it becomes economical only at higher oil prices. However, we saw no such strengthening relative to the US dollar with rising oil prices in 2022, a shock to many economists.

Currency rates get outsized attention among consumers. If you’re an American or Canadian planning a trip to Europe, now might be the time to get your pounds or euros. Leave currency speculation to the multinational trading desks. Money is primarily a medium of exchange, not an investment.

For more articles on investing and personal finance by Max, click here.

How to Protect Your Income as a Doctor

The risk of becoming disabled due to an accident, illness or injury is high, and as a doctor you see this daily. You might be thinking, it won’t be me, but the risk is always there. Not only does it affect you physically, but it takes a significant emotional and financial toll. Having proper income protection is key to the longevity of your practice. Disability insurance will be one of your most important tools in your financial plan....

Focus on the Big Things