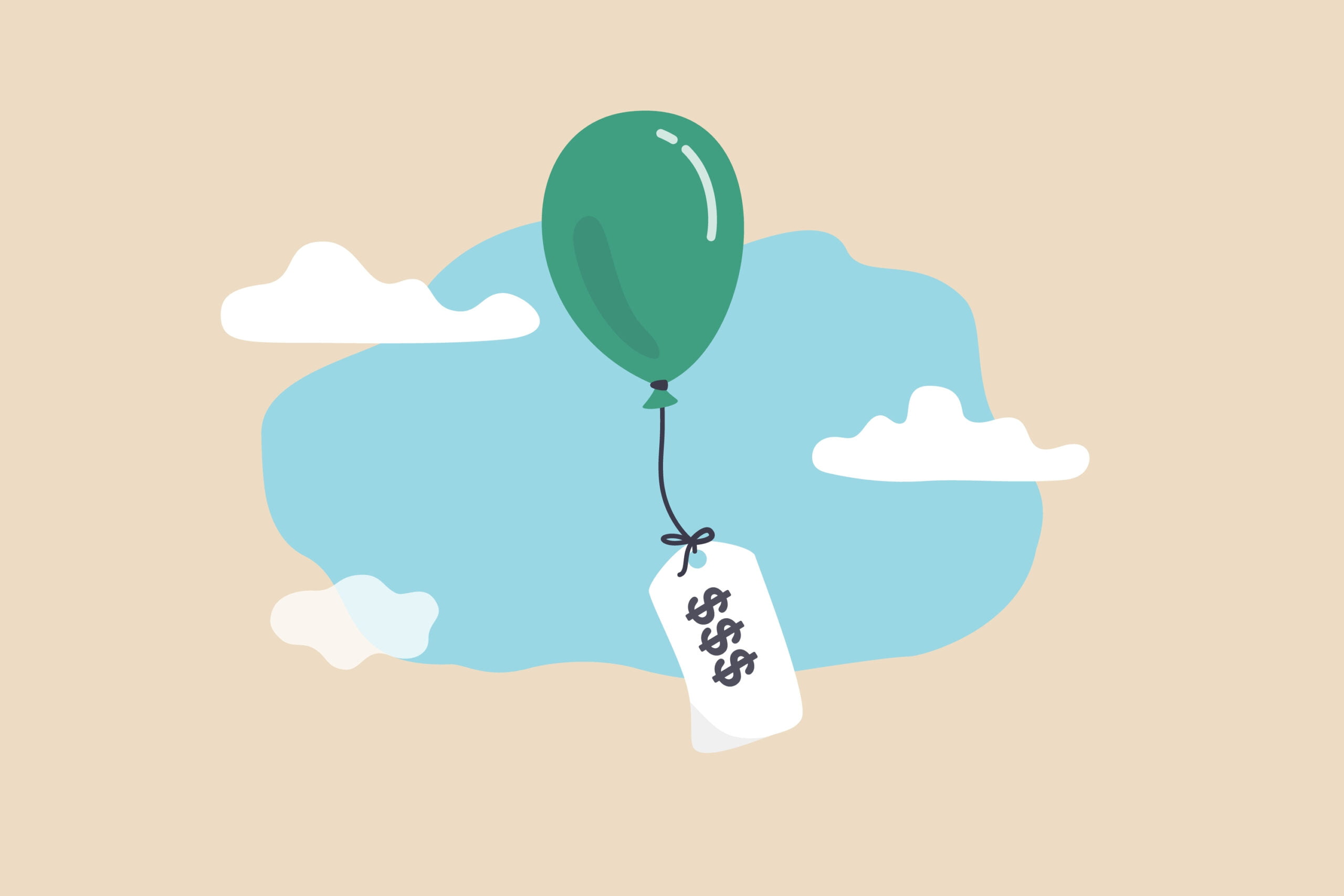 Don’t Worry Too Much About Inflation

Summary: Should I Worry About Inflation in my Day-to-Day?

I recently paid $61.81 to fill up my Toyota Corolla. At the onset of the pandemic in March of 2020, I filled my tank for about $30. From trough to peak, prices at the pump increased about 100% in a year and a half. Clearly a worrying sign. This sharp increase in gas prices was quickly included under the general hot topic category of inflation (read about what this phenomenon is here), but there’s more to the story and more to know before you start to really worry about inflation.

Rewind to July 2008. Tales of peak oil prevailed. In my hometown of Winnipeg, Manitoba, we saw gas prices climb to about $1.36/liter with no sign of the top in sight. Market prognosticators gave dire warnings of gas hitting $2/litre. The stress this caused was palpable. In the 13 years between then and now, we saw gas prices rise a little less than 4% in total; on an inflation-adjusted basis, the price fell substantially during this time period. If you could travel back in time to a Petro Canada in July of 2008 and tell everyone filling their tanks that they’d be paying about 4 cents more per litre nearly a decade and a half later, they would probably jump for joy.

This tale of gas prices was told to demonstrate just how arbitrary end points are when it comes to products with volatile prices, like gasoline. Increased gas prices in comparison to pre-Covid times are being viewed as a clear sign of inflation; if you back your starting point up to 2008, the lack of an increase in gas prices would indicate deflation. I don’t believe that either is the case. Oil is a commodity that saw its price increase when supply tightened in 2008. Price subsequently fell during the “Shale Revolution” shortly thereafter in the United states and hit a nadir in 2020 when consumer demand fell off a cliff due to widespread Covid-linked shutdowns. Now supply is constrained: OPEC+ is reducing output and the developed world has shifted investment away from fossil fuel exploration and development. While a green energy revolution is necessary for the longevity of our planet, the fact remains that we are transitioning from a more efficient energy source (fossil fuels) to less efficient sources (wind, solar, and other renewables). The cost of energy will have to rise, particularly in the short term as the infrastructure necessary to accommodate this transition is built out.

Do Higher Prices Mean That Inflation is Here?

I subscribe to Milton Friedman’s view that “inflation is always and everywhere a monetary phenomenon”. By this definition, I don’t feel that what we are seeing is true inflation, as it wasn’t caused by money printing. Oil prices are fluctuating in response to the tried and true laws of supply and demand that are taught in first year economics classes. Everything runs on energy; higher oil prices flow through the entire supply chain and contribute to raised prices for consumers. Yes, we are seeing higher prices, but this doesn’t fit the monetary definition of inflation.

So we have higher energy prices, supply chain snags, a reduced workforce, increased demand for goods, and extreme weather events all working in concert to push prices higher.

The first of these issues is being caused by an energy transition coupled with the machinations of a multi-nation cartel that has repeatedly demonstrated its willingness to capitalize on times of crisis.

The next three issues are all related to the lingering effects of Covid-19. Outbreaks pervade in much of South Asia where a lot of our stuff comes from. This has led to intermittent factory closures. High energy prices have also contributed to this issue, as China is now engaging in regional energy rationing. In the developed world, the entire workforce has yet to come back online, though this isn’t as extreme of an issue as the media seems to imply. In the United States, for example, the share of working-age people who are employed currently sits at 78% of the population vs. 81% pre-Covid. The common narrative is that much of the population is opting not to work because they’d rather collect government handouts; perhaps I’m being overly charitable, but it strikes me as reasonable that 3% of the working-age population is still struggling with the adverse effects of Covid, such as perceived risks of workplaces and issues with childcare. Higher wages are often cited as a cause of inflation, but I believe that these higher wages are also a market response. The velocity of reopening and businesses’ immediate need for staff pushed starting wages higher as workers had increased bargaining power. Another classic example of supply and demand. Further, dollars spent on travel and other experiential services remain below pre-Covid levels. Some are reasonably opting to redirect their spending to goods, increasing demand in a time of tight supply.

These issues do not incite panic of a runaway price level. Supply chains, particularly at ports, were tenuous in ways that we didn’t realize. Supply chains will emerge from this crisis stronger, as inefficiencies are being addressed and capacity is being increased. The United States is pivoting toward 24-hour port operations, for example, mimicking much of the rest of the world. The service aspects of our economy will come back online, and demand for goods and experiences will come back into equilibrium.

If gas prices are one glaring sign of inflation, the other is cost of food. Produce and meat prices have risen by double-digit percentages in 2021, and this has an outsized impact on those lower on the income scale who devote a greater portion of their budgets toward groceries. While central bank largess is being held responsible for these price rises, and Justin Trudeau is being vilified by political adversaries for not knowing the cost of a pound of bacon, we can’t ignore the role that weather has played in higher food prices. We had droughts in the west, floods in the east, widescale forest fires, and hurricanes and typhoons on the coasts. Crop yields fell, leading to higher costs for feed for cows, pigs, and chickens. What is yet to be seen is whether this year of extreme weather was anomalous, or if our impact on the climate will increase the frequency and intensity of these events. I worry about this much more than I worry about inflation.

Don’t Let The Media Make You Worry About Inflation

There are tangible causes to the price rises that we are seeing, some of which are reason for legitimate concern. But instead of acknowledging these issues, much of the public (and the media) clings to the narrative that we will be dealing with runaway inflation because the government deems it appropriate to pay people not to work. In all crises, we look to identify an enemy, a scapegoat; with regard to inflation, the anonymous “lazy” members of the population, and the politicians who enable them, are being blamed.

Am I worried about a delicate supply chain and extreme weather events resulting from our adverse impact on the planet? Of course I am. Am I worried about a virus that continues to mutate and ravage the population? I’d be lying if I said I wasn’t. Do I worry about inflation? Not yet.

Although personal finances are important in your every day life, school doesn’t teach basic finance. You graduate high school and you’re forced to navigate the world of finance on your own – the good, bad and the ugly. So why don’t schools teach basic finance?

For decades, the stranglehold that De Beers had on the diamond industry was unmatched by any private company operating in any line of business. For a time, De Beers controlled as much as 90% of global diamond production, and they ruthlessly exploited this near-monopoly when dealing with competitors. They encouraged other diamond producers to engage in cartel-like behaviour with them, artificially raising the price of diamonds by constraining supply...