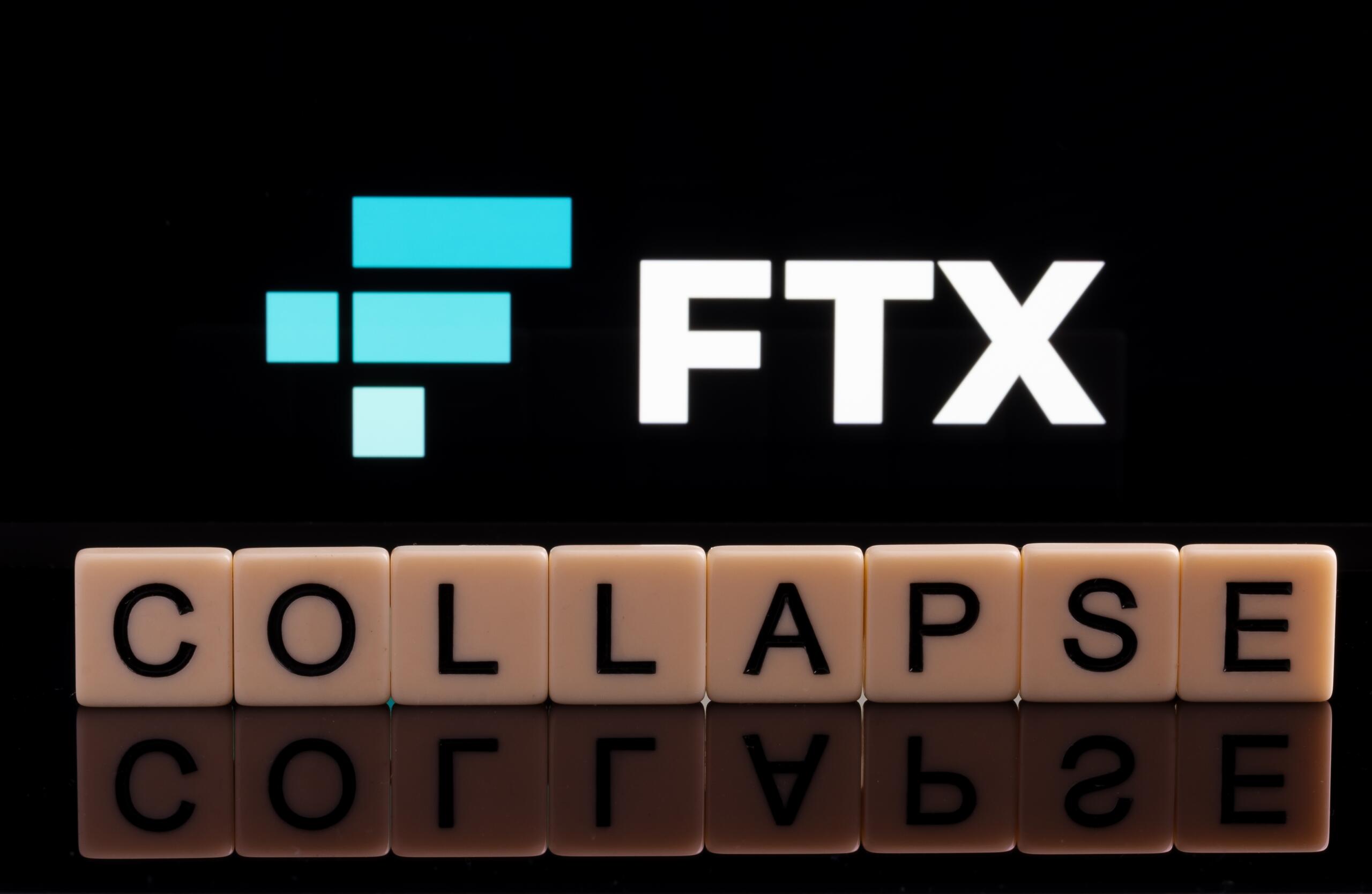 The Rise & Collapse of FTX – What is The Path Forward for Crypto?

The crypto markets have been a bloodbath in 2022. While equity markets have fallen and bonds have suffered through their worst year in decades, these losses look pedestrian when compared to cryptocurrencies. Bitcoin is down more than 63% for the year. Not to be outdone, Ethereum is down over 66% so far in 2022. Smaller coins have experienced full-fledged collapses of 80 to 95%, and many coins have disappeared entirely. Not a pretty sight. The collapse of FTX is the cherry on top.

Crypto markets were a scary place to be before the revelations of widespread fraud linked to crypto exchange FTX. The crypto space is rife with rug-pulls and scams that have cost investors their money, but FTX was a supposed trusted name. Tom Brady and Larry David appeared in their commercials and they advertised on the uniforms of MLB umpires.

Cryptocurrencies have always been volatile, but the path forward has never been murkier.

Sam Bankman-Fried had a stated desire to improve upon and eventually supplant the world’s existing financial infrastructure. Instead, his actions shone a light on the dangers of unregulated markets. In addition to FTX, Bankman-Fried also ran a hedge fund called Alameda Research that did substantially all of its cryptocurrency trading on FTX. In explicit violation of FTX’s terms of service, the exchange was loaning customer funds to Alameda, much of which was lost through bad trades that Alameda made.

For FTX, this was sustainable as long as clients weren’t trying to withdraw their funds from the exchange. That all changed when Changpeng Zhao, CEO of Binance – a major player in the crypto exchange market and a rival to FTX –  declared that he would sell his exchange’s entire stake in FTX’s cryptocurrency FTT in light of “recent revelations”. When nervous clients of FTX attempted to withdraw their funds, they were shocked to see the funds weren’t there. FTX filed for bankruptcy less than a week after Zhao’s comments.

There is still the question of why Bankman-Fried would have done this. One theory posits that Alameda was intentionally losing money on its crypto trades. Since the hedge fund did its trading on FTX (in huge quantities), then everyone else on the exchange, in aggregate, would be making money as Alameda lost money (since every trade has two participants). Traders, seeing the best profit opportunities, would flock to FTX, which in turn led to a huge valuation for the firm and an inflated value for its own cryptocurrency FTT.

If this was in fact Bankman-Fried’s motivation, then he either had some sort of exit strategy planned or he realized he was in too deep and eventually his activity would be outed (à la Bernie Madoff). Whether he was acting maliciously or merely ignorantly, there was extremely little oversight for his activity; the CEO of a company responsible for billions of dollars of client funds was fully autonomous.

What’s Next for Crypto?

The situation is made worse by Sam Bankman-Fried’s reputation prior to these revelations. His grandiose vision was the “embrace of effective altruism”, a philosophical movement aimed at finding the best ways to help others. Step 1 of this plan was reshaping the world’s financial infrastructure in his image. It’s impossible to know whether Bankman-Fried’s initial message was earnest, but it’s safe to say that illicitly funneling customer deposits away from your crypto exchange in direct violation of FTX’s terms of service is a far cry from effective altruism.

The collapse of FTX mirrors the collapse of Enron. Even some of the role players are the same: John J. Ray III, the restructuring specialist responsible for handling Enron’s liquidation, has been tasked with doing the same for FTX. Both companies were perceived as operating with high integrity before collapsing. In some ways the circumstances surrounding FTX are even worse. The demise of Enron was the result of an elaborate, multifaceted accounting fraud, and it demonstrably proved that certain individuals couldn’t be trusted. In contrast, Bankman-Fried’s actions have raised the question of whether the entire crypto economy can be trusted.

Some still call blockchain a technology in search of a use case. While I’ve written previously about the potential applications for blockchain, most critically (in my opinion) as a means of halting corruption, it may be years before crypto entrepreneurs are again perceived as responsible and law-abiding. Blockchain technology was embraced wholeheartedly, even by many who didn’t comprehend its functionality and viewed it first and foremost as a means of making money quickly. Different cryptocurrencies and NFTs saw their values drastically inflate only to come crashing down. “Late adopters” who bought into the crypto craze at peak hysteria are on the hook for big losses. This situation will look familiar to some.

Any students of history or investors with more than 20 years of experience in the markets will vividly recall the Tech Bubble of the late 1990s and may see the parallels to the current situation. Consumer web access was in its infancy; most people had no idea what the end state of internet connectivity would look like. Regardless, public companies with primarily web-based offerings saw their valuations skyrocket as traders tried to capitalize on the euphoria surrounding the internet. When the bubble ultimately burst, the broader tech space took years to recover. Many companies collapsed entirely, and some of the companies that at present anchor the stock market (namely Amazon) saw their valuations crater. It was greed that drove traders to inflate web-based companies with tenuous business plans to huge market caps. But just because those companies proved to be bad investments it didn’t mean that the internet wasn’t destined to shape our future.

The question is – will the blockchain infrastructure and cryptocurrencies follow that same path? The bubble has burst, but a lot of smart people still take stock in the role that blockchain will play as the economy becomes increasingly digitized. And, for what it’s worth, the broader digital assets space hasn’t seen valuations affected too adversely by the collapse of FTX, so perhaps everyone who was going to sell has already sold and only the true believers remain. For the train to get back on the tracks, the broader public will have to regain their faith.

National Bank Direct Brokerage has announced zero-commission and fees on online trading of Canadian and U.S. stocks and ETFs...

How To Navigate a Bear Market

Bear markets are both dangerous and full of potential. They have fooled many investors and will continue to. With that said, they present an incredible investment opportunity for long-term investors. Learn more about navigating a bear market here...